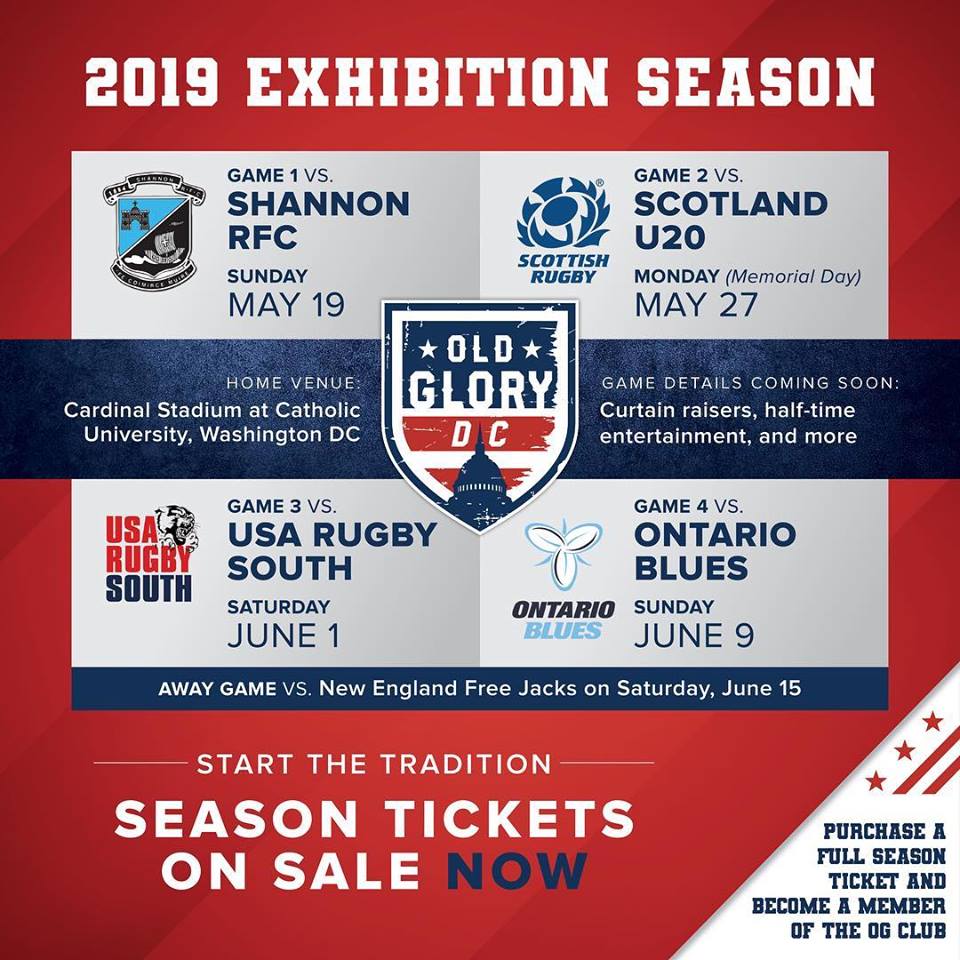 in participation with the

invites you to an exhibition game

Old Glory DC
vs
Scotland U20

Scottish Rugby has become the first Tier 1 national governing body in world rugby to link with a club in the Major League Rugby competition in the United States.

Old Glory DC, based in Washington, will make their debut in the Eastern Conference in an expanded 12-team MLR competition from February 2020.

Washington is one of America’s rugby hotbeds, with the DC area boasting some 190 clubs and approximately 7,500 players at school, college and club level.

Within greater Washington there are some 8.5 million people making the area the third largest media market in the US.

The Washington franchise has been developed and is led by former USA Eagles full-back Paul Sheehy – who represented his country at the 1991 Rugby World Cup. He owns an auto stores business. He is supported by prominent local businessman Chris Dunlavey, President of a project management firm. Both are long-term sponsors, coaches and supporters of rugby in the area.