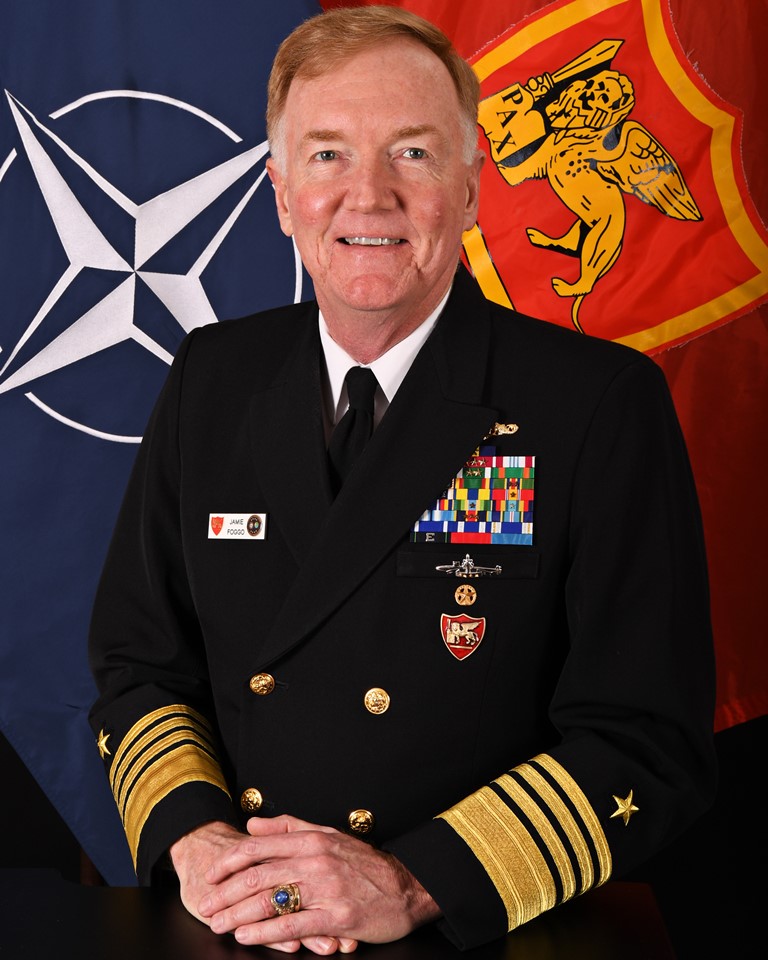 invites BABA members and colleagues to a virtual meeting with

Admiral James Foggo is a 1981 graduate of the U.S. Naval Academy. He is also an Olmsted Scholar and Moreau Scholar, earning a Master of Public Administration at Harvard University and a Diplome d’Etudes Approfondies in Defense and Strategic Studies from the University of Strasbourg, France.  He commanded the attack submarine, USS Oklahoma City (SSN 723) in 1998, which was awarded the Submarine Squadron (SUBRON) 8 Battle Efficiency award and the Commander Fleet Forces Command Admiral Arleigh Burke Fleet Trophy for being the most improved ship in the Atlantic Fleet. Foggo served as Commodore of SUBRON-6 in 2007.