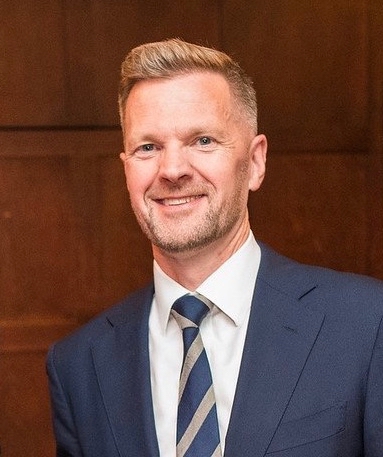 Click on the photo to view the program recording.

Cordially invites you to the first BABA Book Series discussion:

Drawing on his book, The Great American Delusion, former deputy UK ambassador to the US, Patrick Davies, will attempt to answer these questions and more.

BIOGRAPHY
Patrick Davies is a writer, company adviser and mentor. He was a British diplomat for 25 years wrapping up his career as the UK's Deputy Ambassador to the United States from 2013-18 where he worked alongside the Trump and Obama White Houses for 5 years. Earlier in his career, Davies served in the British embassies in Morocco, Poland and Iran. He was Private Secretary (Deputy Chief of Staff) to two Foreign Secretaries, Robin Cook and Jack Straw, from 2000-3 and led the UK's response to the Arab Spring (2010-12).

Davies’ first taste of the US was on a student exchange programme to a high school in California in 1987. He has more than 30 years' experience of America, its people and politics and has travelled to more than 40 US states.