This factsheet provides key economic and development data for the US. 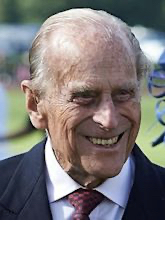 We join with others across the globe in mourning the passing of His Royal Highness The Duke of Edinburgh. We honor his inspired life of public service and offer our deep condolences to Her Majesty The Queen and the Royal Family.

Eamonn Cooney has retired and stepped down as BABA's President 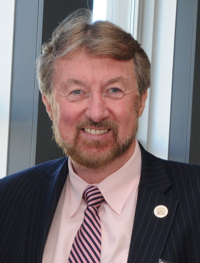 After a truly interesting, sometimes crazy but lucky global career over many decades, I am retiring! So, I will step down as President on March 31, 2021, BABA’s year-end.

Having lived in 5 countries, I have been fortunate to have carried out business in over 40 countries across the globe, at the highest levels, working with Government Ministers, Ambassadors, High Commissioners, key NGO’s, CEO’s and other Industry leaders.

Certainly a highpoint of this career has been my years with BABA, from joining the Board in 2007, to becoming Chairman of the DATS Committee, Vice President, and finally, as President for the last 5 years.

It has been a privilege to serve you as President, working with so many wonderful colleagues inside and outside BABA, especially BABA’s leadership and all those at the British Embassy, in support of UK-US trade and investment.

As I move on, BABA is a strong business association with an excellent and prestigious membership. Amongst all I got to do in BABA, the best was managing and providing key benefits to all our members. Especially such a wide range of business and social events, building and working closely with our excellent Committees and Groups, enhancing membership and launching our private Members' Directory, to example just some of this rewarding work.

Naturally, my best memories are from getting to know so many of you so well and attending all those excellent events over the last 17 years. Most recently was our unique 2020 Christmas Gala Party, BABA’s first hybrid live-streamed and virtual event. This was a special fun experience and success, so it is a high point on which to retire!

I planned to retire last year, but stayed to oversee BABA’s smooth transition to virtual operations and events. So as a Past-President, I will look forward to remaining a member, attending events, (especially when back in-person!) and supporting BABA. 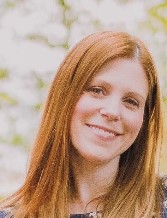 As you know, after a long global career, Eamonn Cooney is retiring and so stepped down as BABA’s President yesterday. On behalf of our Board and Members I want to thank Eamonn for his many years of excellent service to BABA, especially the last five as President.

Following good work by BABA’s Succession Committee and approval by BABA’s Board, I am delighted to let you know that BABA’s new President is Jennifer Taylor Hodges.

Many of you already know Jenn very well as she has been a part of BABA’s leadership since joining the Board in 2011 and being elected Vice President in 2014. Jenn is also Vice President, US Government Affairs with BT, a leading BABA Sponsoring Member for 29 years. Prior to joining BT Jenn worked at the British Embassy, where she first got involved with BABA. Jenn is the co-Chair of BABA’s Trade and Policy Committee and also one of the founders of BABA’s Young Professional Group. 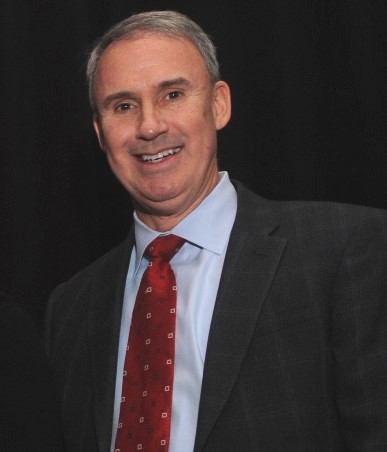 I am delighted to further report that Derrick Surratt of British Airways has been elected to fill the Vice President position vacated by Jenn. British    Airways joined BABA in 1987, the founding year of the Association and Derrick has been a Board Director since moving to Washington, DC in       1999.

Please join me in supporting Jenn and Derrick and wishing them much success in their new BABA roles!

Many thanks to Mark, Eamonn, and the entire Board for this honor. I look forward to working closely with our members and partners as we continue to strengthen ties and advance opportunities for businesses operating in the UK and the US. Thanks to Eamonn for his service and congratulations to Derrick!

I am also very pleased to let you know that following the recommendation of BABA’s Succession Committee and approval by BABA’s Board, Mark Herlach will continue as BABA’s Chairman for a further year until BABA’s AGM in June 2022.

From Eamonn Cooney, BABA’s Past President

Firstly I want to congratulate Jenn on becoming BABA’s new President! BABA is such an excellent business association and my many years in it have been wonderful, especially as your President. I am really looking forward to retirement, while remaining a member and supporter of BABA – see you at a future event! 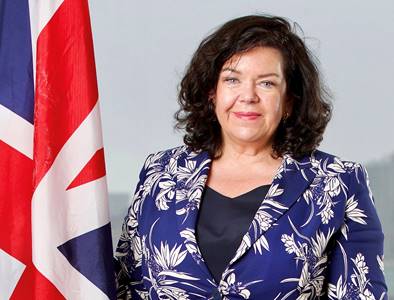 Dame Karen Pierce DCMG, currently Ambassador to the UN in New York and Permanent Representative at the UN Security Council, has been appointed Her Majesty’s Ambassador to the United States of America, by HM The Queen, after the Prime Minister approved the successful candidate on the recommendation of the Foreign Secretary.
Karen Pierce is one of the UK’s most experienced senior diplomats and will be the first woman to serve as HM Ambassador to the US.
Prime Minister Boris Johnson called her "an outstanding and accomplished diplomat", tweeting: "I can think of no better person to drive forward our hugely important relationship with the United States at this time."
Foreign Secretary Dominic Raab said “It is a time of huge opportunity for the friendship between the UK and US and I am delighted that Karen Pierce will take forward this exciting new chapter in our relationship. We’re proud to be sending to Washington such an outstanding diplomat, and I warmly congratulate her on her appointment”.
Karen Pierce said “I am honoured to have been asked to represent the UK in the US. I think it is the UK’s single most important relationship. There is a deep bond between Britain and the US, built on many pillars. We have a fantastic cross-Government team across the US and I look forward to working with them to strengthen and even further deepen the special relationship between our two countries and peoples”
Karen Pierce has been the United Kingdom’s Permanent Representative to the United Nations in New York since March 2018. Prior to this role, Karen served as the Director General for Political Affairs and Chief Operating Officer of the Foreign and Commonwealth in London, from 2016.
Karen joined the Foreign & Commonwealth Office in 1981. Her first role was in Tokyo between 1984 and 1987, after which she returned to the UK to work in the Security Policy Department. Karen worked in Washington as the Private Secretary to the British Ambassador to the United States between 1992 and 1995.
Between 1996 and 2006, Karen held several positions in London including Team Leader for Ukraine, Belarus and Moldova, Deputy Head of Eastern Adriatic (Balkans) Department, Head of Newsroom, Head of EU Department (Bilateral) and concurrently Head of Afghanistan Political Military Unit after 9/11 before returning to the Balkans as Balkans Coordinator from 2002 to 2006.
In 2006, Karen moved to New York for the first time to be the Deputy Permanent Representative and Ambassador at the UK Mission to the UN. In 2009, she returned to London to become the Director of South Asia and Afghanistan Department and the UK’s Special Representative for Afghanistan and Pakistan. In 2012, Karen started her second multilateral role, this time in Geneva, where she was the Ambassador and Permanent Representative to the UK Mission to the United Nations, World Trade Organization and Other International Organisations until 2015. Between 2015 and 2016 Karen was the UK’s Ambassador to Afghanistan.